Advice with knowledge of business

Lingerie Fragile nv manages five exclusive fine lingerie shops in Ghent and offers the entire Woody range in five locations in Vlaanderen and Brussels. Manager Laurent Maes: “I have been using Besox for ten years for the payroll administration for my 22 employees. Their personal service is unmatched.”

“I have had the same file manager for ten years”

“I’ve known Besox for more than ten years, when it was called the Sociaal Secretariaat van de Kust”, said Laurent Maes. “When I started my restaurant in Knokke, I simply took over the supplier from my predecessor. As a starter, I received all services from them: social secretariat, accountancy, insurance, business counter …

The service I received was fine, so I had no reason to change. Meanwhile, it became social secretariat Besox, but I did not notice anything: the service is optimal. Their great asset is personal contact: when I call my file manager, he knows who I am and knows my file. And when he is sick or on vacation, his replacement assists me excellently.”

Fraai employs 22 people and regularly appeals to Besox for advice on dismissal, end-of-year bonus, time credit … “They can help me immediately and with knowledge. Their case knowledge is often larger than that of the trade union. They are also very accessible: I often just pop in when I am on my way to the shop. Without an appointment. It is never a problem.”

Laurent Maes ran a restaurant on the seafront in Knokke, while his wife, Elisabeth Staelens, opened a small lingerie boutique in Destelbergen in 2004. Five years later, in 2009, Laurent and Elisabeth built a new fancy lingerie shop a few houses up the road and business was going well. In 2013, Fraai opened a second branch in the heart of Ghent, which also included the top brands of the well-known lingerie specialist Van de Velde (PrimaDonna and Marie-Jo). A year later the retail chain expanded with branches in Lochristie and Lokeren and in 2016 a fifth store was opened in De Pinte. “For a lingerie store, two things are of paramount importance: the local presence and the selection of the most important lingerie brands”, says Laurent Maes.

COMPLETE WOODY-OFFER
The original Fraai store in Destelbergen became the first boutique in 2009 with a complete Nuit de Folie range: specialising in nightwear from baby to adult. Woody can be found in multiple stores, but often fragmented. Destelbergen exclusively had the entire range. In 2011 Laurent Maes expanded this concept to Knokke, in 2012 to Dendermonde and Antwerp and in 2016 to Brussels. No more will follow, because Nuit de Folie is proud of its exclusivity. Nuit de Folie is partner of Fraai. 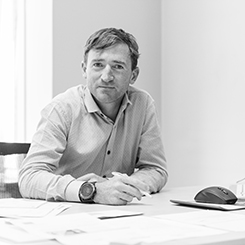 increase of the amount of the exempted occasional gifts for employees

Are you GDPR proof yet?

We are happy to contribute…

Any cookies that may not be particularly necessary for the website to function and is used specifically to collect user personal data via analytics, ads, other embedded contents are termed as non-necessary cookies. It is mandatory to procure user consent prior to running these cookies on your website.